We’ve rounded up some of our favorite ACV elixirs below. And once you’ve checked out those, find out how you can use apple cider vinegar for cleaning and beauty–and how you can make it yourself too!

To boost the benefits of apple cider vinegar even more, we show you how to infuse it with healing ingredients like cinnamon, chamomile, calendula and adaptogens. This simple home remedy is perfect for keeping on hand during cold season. 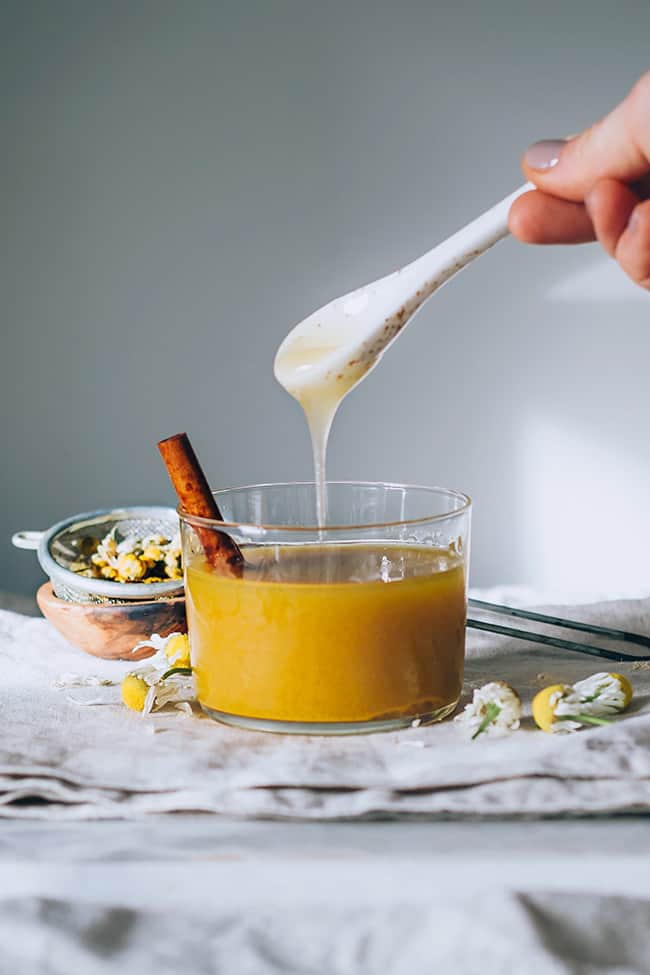 Who knew you could add ACV to a smoothie?! Our holistic nutritionist shares a protein-packed smoothie recipe along with seven other ways, from a mocktail to a hangover cure to a vinaigrette, that help make drinking apple cider vinegar more palatable.

Get a trio of skin clearing elixir recipes in this post, including a spicy lemonade made with apple cider vinegar. Like other fermented foods, ACV contains probiotics that help keep your gut and digestive system healthy. Bonus: cayenne and cinnamon will give your metabolism a kick, too. 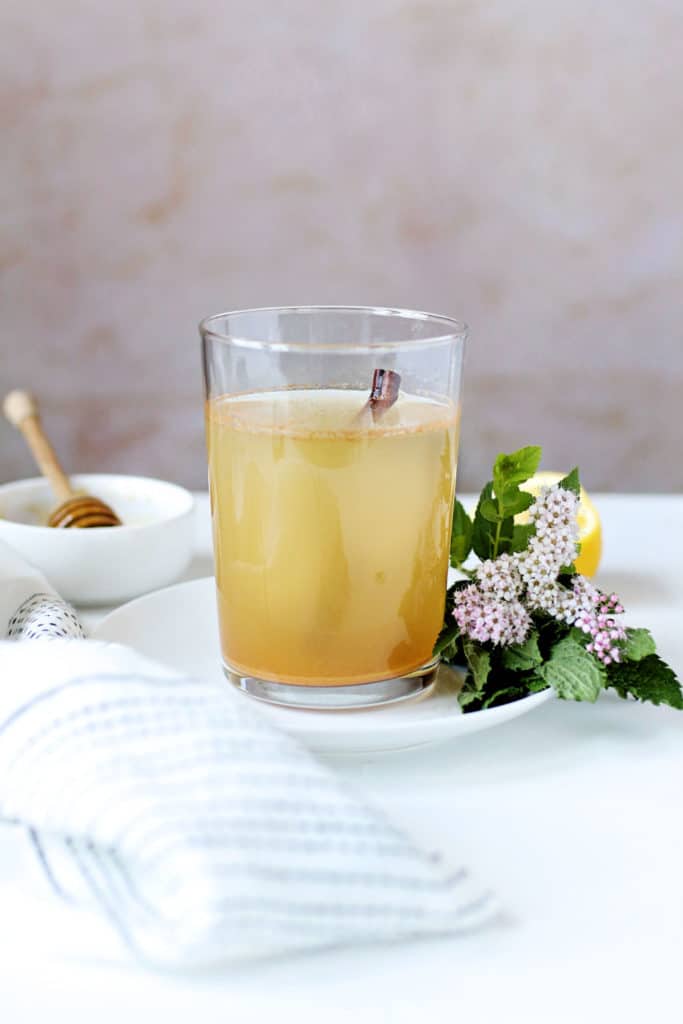 Spicy Apple Cider Vinegar Lemonade
A spicy lemonade made with apple cider vinegar plus cayenne and cinnamon to give your metabolism a kick, too.
Check out this recipe

4. How to Make Fire Cider

Okay, this one might not be the easiest to drink–clock the name–but its fiery taste means your immune system is reaping lots of benefits. Fire cider is an infused apple cider vinegar said to support the immune system, calm inflammation and improve circulation in the body. 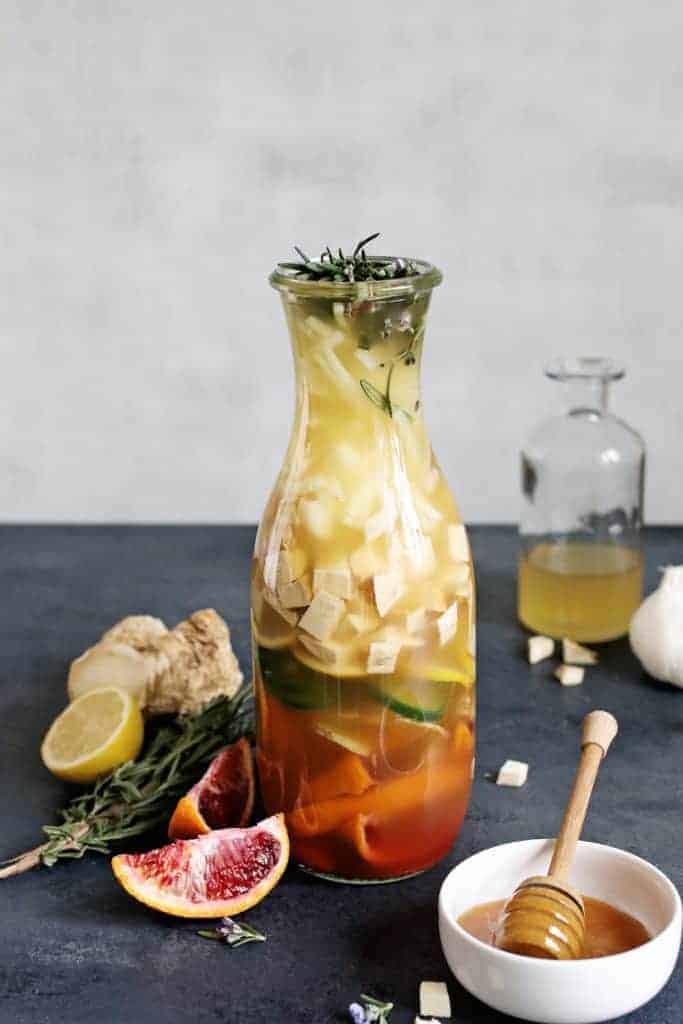 Fire Cider
Support the immune system, calm inflammation and improve circulation with this fiery infused vinegar.
Check out this recipe

If you have a weakness for fizzy drinks, this one is for you. The sweet flavors of blackberries, blood oranges, and rosemary help mask the ACV, creating a fizzy, fruity mocktail with digestion and metabolism benefits. 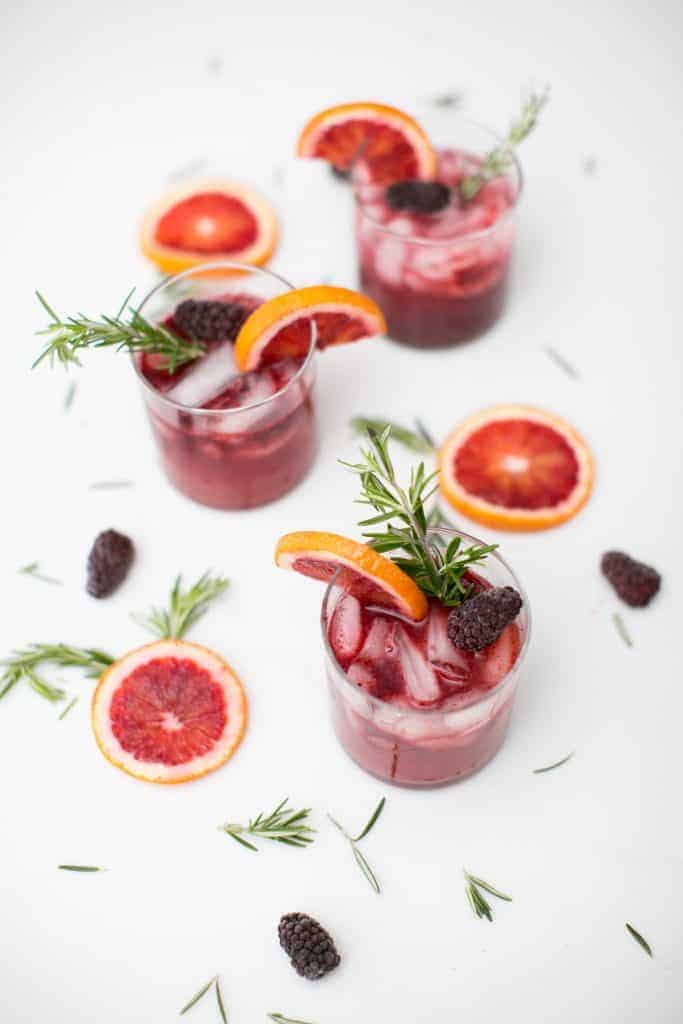 Blackberry Cider Fizz
With apple cider vinegar, this blackberry cider fizz mocktail is alkalizing and it will even help give your metabolism a boost.
Check out this recipe

Shrubs are the perfect way to reap the benefits of apple cider vinegar without holding your nose and drinking it straight. They’re still a bit tangy, but the sourness is tempered by adding other ingredients like fruit and sugar.

Here apple cider vinegar is combined with fresh grated apples, sugar and cinnamon, then left to sit for a day or two—the result is a fruit-infused vinegar that can be stirred into sparkling water and even cocktails. And this recipe keeps for up to 6 months in the refrigerator! 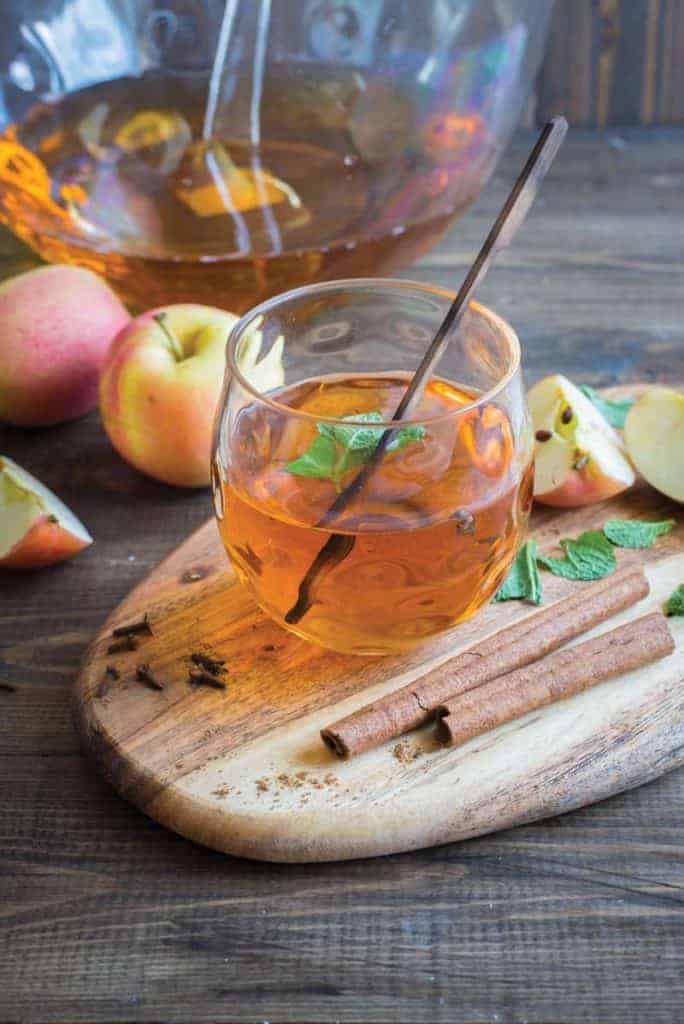 Autumn Cinnamon-Apple Shrub
Reprinted from The Apple Cider Vinegar Companion by Suzy Scherr, with permission of publisher.
Check out this recipe

A glass of lemon water is a staple in so many of our morning routines, but you can give that water even more benefits by adding a little ACV. Our bodies lose moisture while we sleep so replenishing first thing in the morning is the best way to stay hydrated and kick start digestion and metabolism. 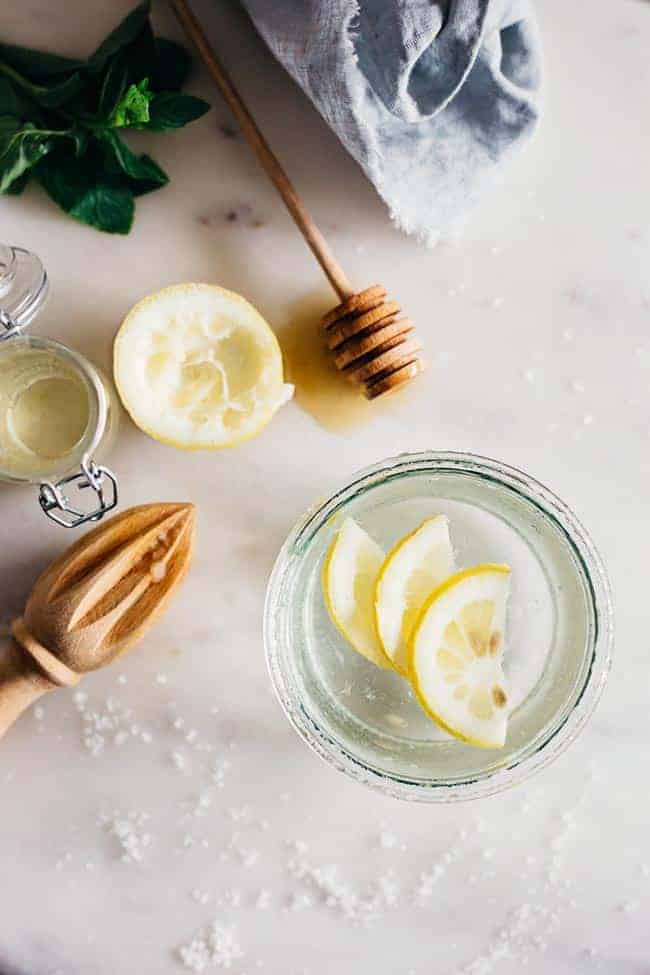 A natural sore throat remedy made with raw honey, apple cider vinegar, and fresh ginger, this herbal elixir will have you feeling better in no time. 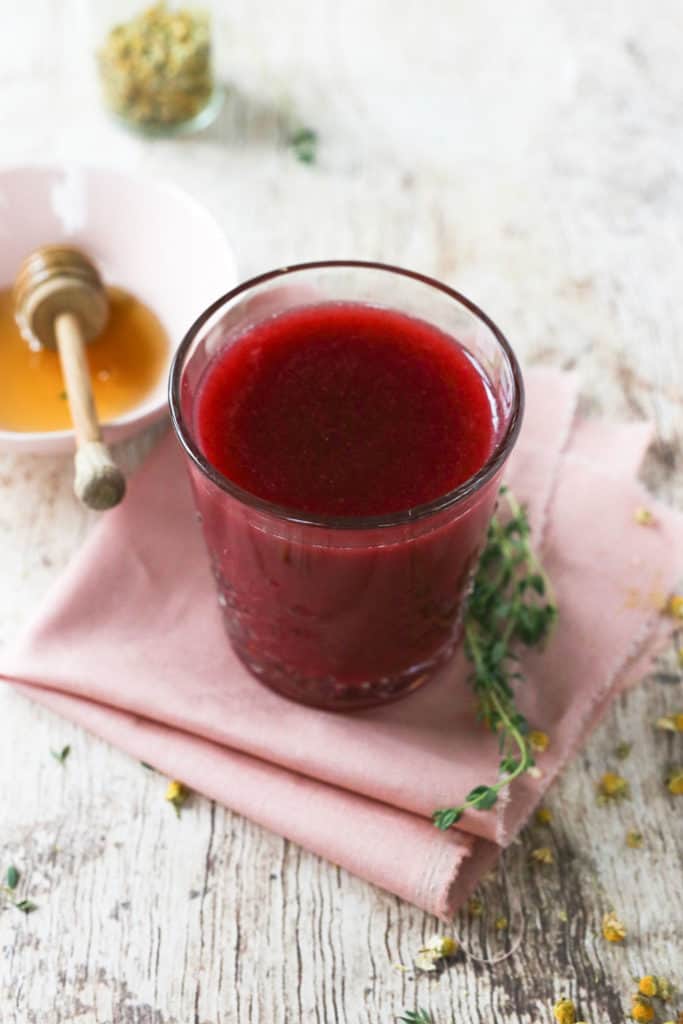 Sore Throat Elixir
This soothing sore throat elixir combines the best natural remedies for soothing throat pain. To use, either take it by the spoonful or dilute it in a glass of water and sip throughout the day.
Check out this recipe