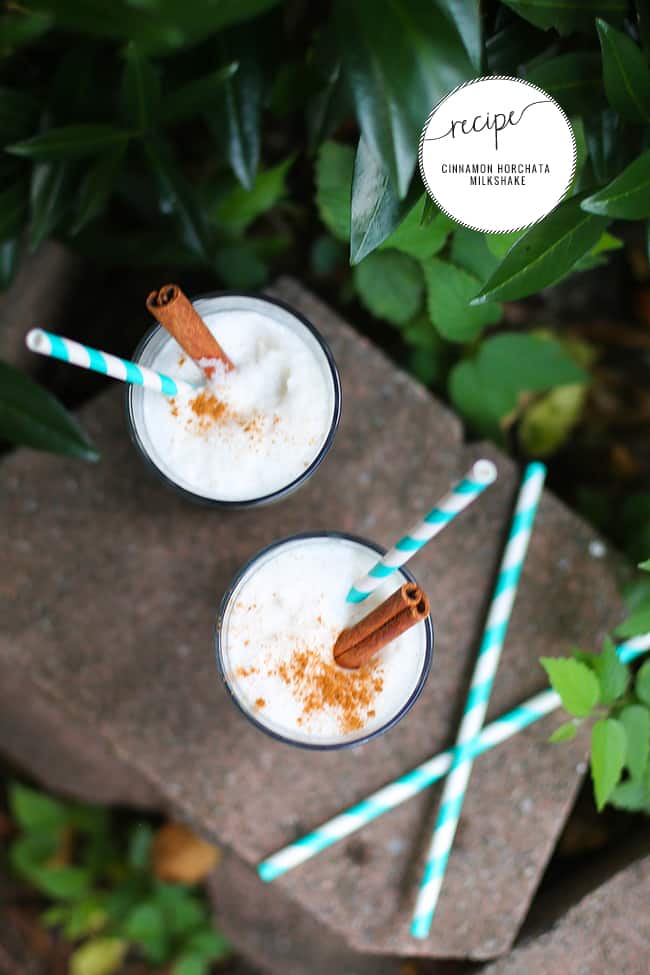 Open up our refrigerator and you’ll find just about every kind of milk – whole, 2%, almond, rice and coconut milk. It’s crazy! Everyone has a different preference and for some reason I keep buying them all. My pediatrician gives me a mini lecture every visit because the kids don’t drink much cow’s milk. I’m sure there are a bazillion opinions on this, but I’m lactose intolerant so I fully admit I’m biased. I grew up not drinking cow’s milk (neither of my parents could tolerate it either) and somehow managed to survive. The doctor’s response? “Well, I hope you’ll be okay.” Um, so far so good!

So for now, our fridge is stocked with a million different milk options. Whatever kind you want with your Golden Grahams, we’ve got it. Occasionally we get crazy and combine the milks (mainly because I never know what to do with open cans of coconut milk other than make chocolate smoothies). And guess, what rice milk horchata combined with coconut milk makes a super yummy milkshake! 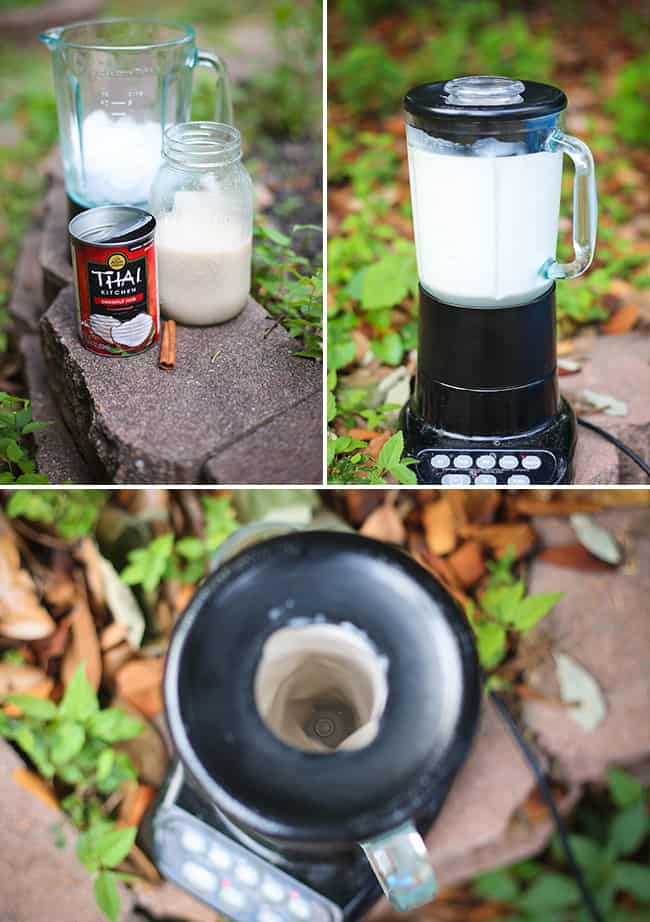 In a saucepan, bring rice milk, sugar, cinnamon sticks and almond extract to simmer over medium. Gently simmer until sugar dissolves, about 5 minutes. Refrigerate 2 hours or up to overnight. Combine chilled rice mixture, coconut milk and ice in blender. Blend until frothy and then pour into glasses and sprinkle with cinnamon. Serve immediately. 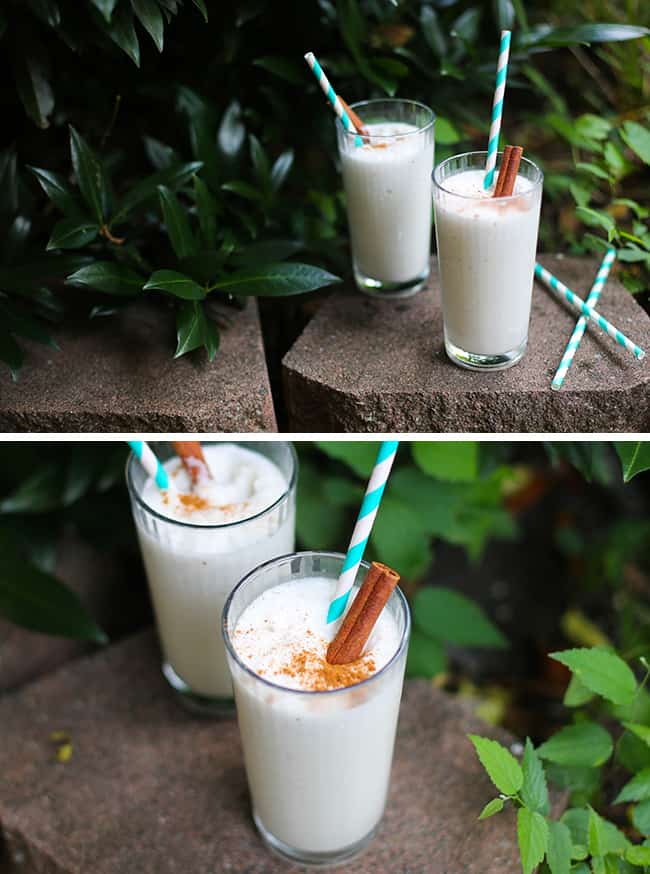 Anytime you can call a drink a “milkshake” it’s a hit. What kind of milk do you give your kids?