There is so much debate and confusion about what oils are best to cook with. Heart-healthy extra virgin olive oil? Coconut oil? Butter or ghee? This is certainly an area where the nutritional pendulum has swung around.

When it comes to choosing the best healthy cooking oils, there are a variety of factors to consider. What kinds of fats does it contain? What is the smoke point? And how does it taste? 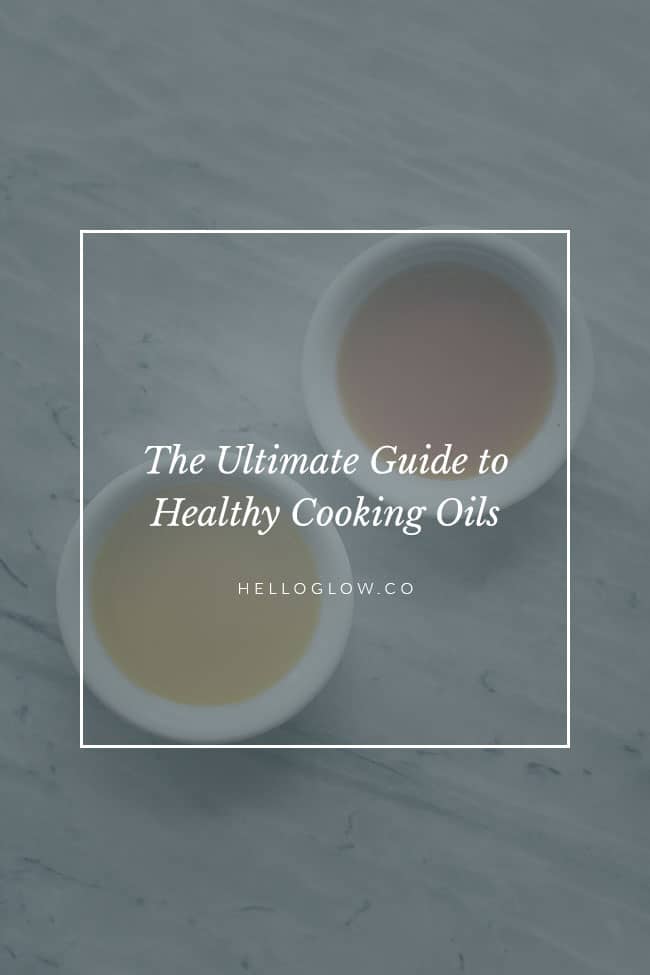 Saturated Fats don’t have any double bonds between carbon atoms because each carbon is “saturated” with hydrogen atoms. These are easy to spot because they’re solid at room temperature. Coconut oil, butter, and lard are all heavily saturated fats. For many years we’ve been advised to steer clear from saturated fats, but current research is challenging this notion.

Monounsaturated fats contain one double bond between carbon atoms (mono = one). These fats are liquid at room temperature, but at colder temperatures (like refrigeration) they become cloudy and semi-solid. Examples are olive oil, avocado oil, and almond oil.

Polyunsaturated fats contain at least two or more double bonds between carbon atoms (poly = multiple). These fats are always liquid, regardless of temperature. Examples include sunflower oil and corn oil.

Trans fats are fats that have undergone molecular changes in order to turn a liquid fat into a shelf-stable solid. This process is called hydrogenation. Trans fats, including margarine, are notoriously unhealthy.

Over time, with exposure to light and oxygen in the air, the molecular structure of fats changes. This process is called oxidation, and it produces chemical compounds called aldehydes and lipid peroxides. This happens slowly at room temperature, but when exposed to high temperatures during cooking (at around 350°F), the change is accelerated. 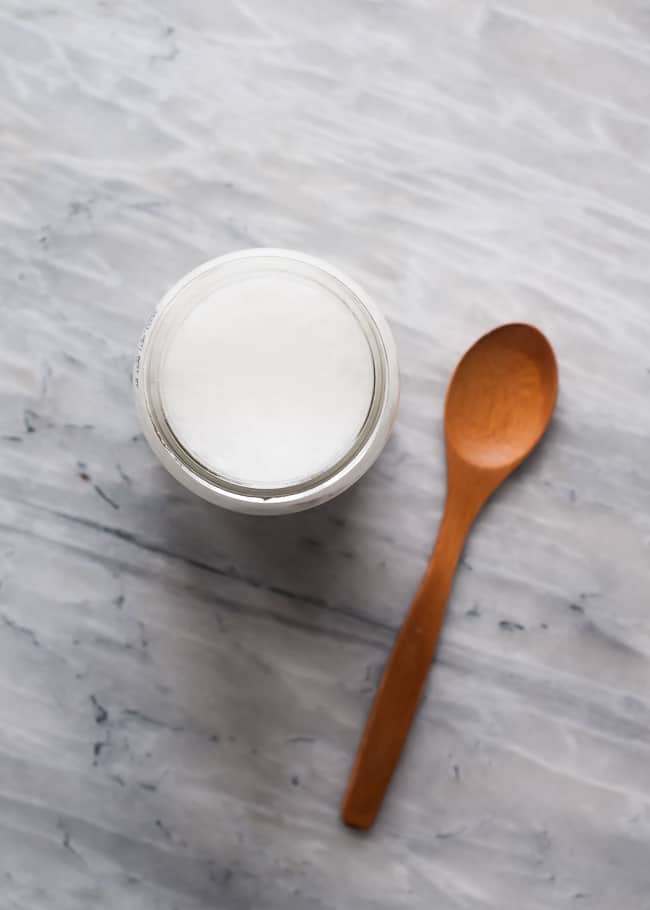 Exposure to aldehydes, either through inhaling or ingestion, has been linked to increased risk of cancer and heart disease. So, in order for a cooking oil to be considered healthy, it needs to not only be nutritionally sound, but it should also be one that produces the fewest aldehydes when exposed to high heats. 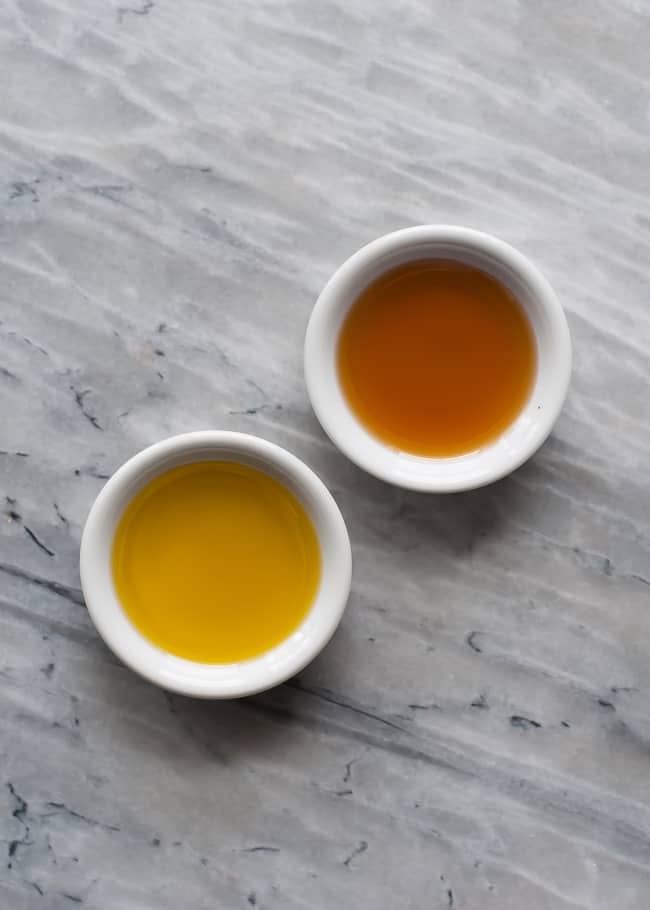 When it comes to high-heat cooking, coconut oil is a great choice. It’s heavily saturated–in fact over 90% of the fatty acids in coconut oil are saturated, which makes it very resistant to heat and oxidation. For the most part coconut oil is neutral tasting, but some unrefined coconut oils with impart a bit of a tropical flavor to your cooking.

Butter is approximately 50% saturated and 20% monounsaturated fat, with only three percent polyunsaturated fat, making it very resistant to oxidation and aldehyde formation at frying temperatures. However, butter does contain proteins and milk sugars, which burn easily at high temperatures. Clarifying butter, or making ghee, is a great way to get the health benefits of this cooking oil.

At about 75% monounsaturated fatty acid, and less than 10% polyunsaturated, it turns out that hearty-healthy olive oil is a good choice for cooking with after all. As it has a lower smoke point than some saturated fats, olive oil shouldn’t be used for deep fat frying, but at regular cooking temperatures it’s a good choice. And you can save your good extra-virgin olive oil for drizzling; the antioxidants don’t offer any advantage when it comes to heat-induced oxidation, so regular olive oil will do just fine.

The composition of avocado oil is very similar to olive oil; about 70% monounsaturated, 13% polyunsaturated, and 11% saturated fatty acids. It has a high smoke point and can be used for frying, roasting, and sautéing much like olive oil can be. The flavor is distinct and buttery, just like an avocado!

Canola, or rapeseed oil, clocks in at about 65% monounsaturated 27% polyunsaturated, and 7% saturated fatty acid. With a neutral flavor and a high smoke point, canola oil is a good choice for many cooking techniques including baking and frying. It’s also a great source of omega-3 fatty acids. Canola is a heavily genetically modified crop, so if you’re trying to avoid GMOs it’s best to stick with an organic brand.