I’ll be honest – I’ve never been a fan of marshmallow-topped sweet potatoes. I know, I’m probably in the minority with that sentiment, but hey, it’s honest. 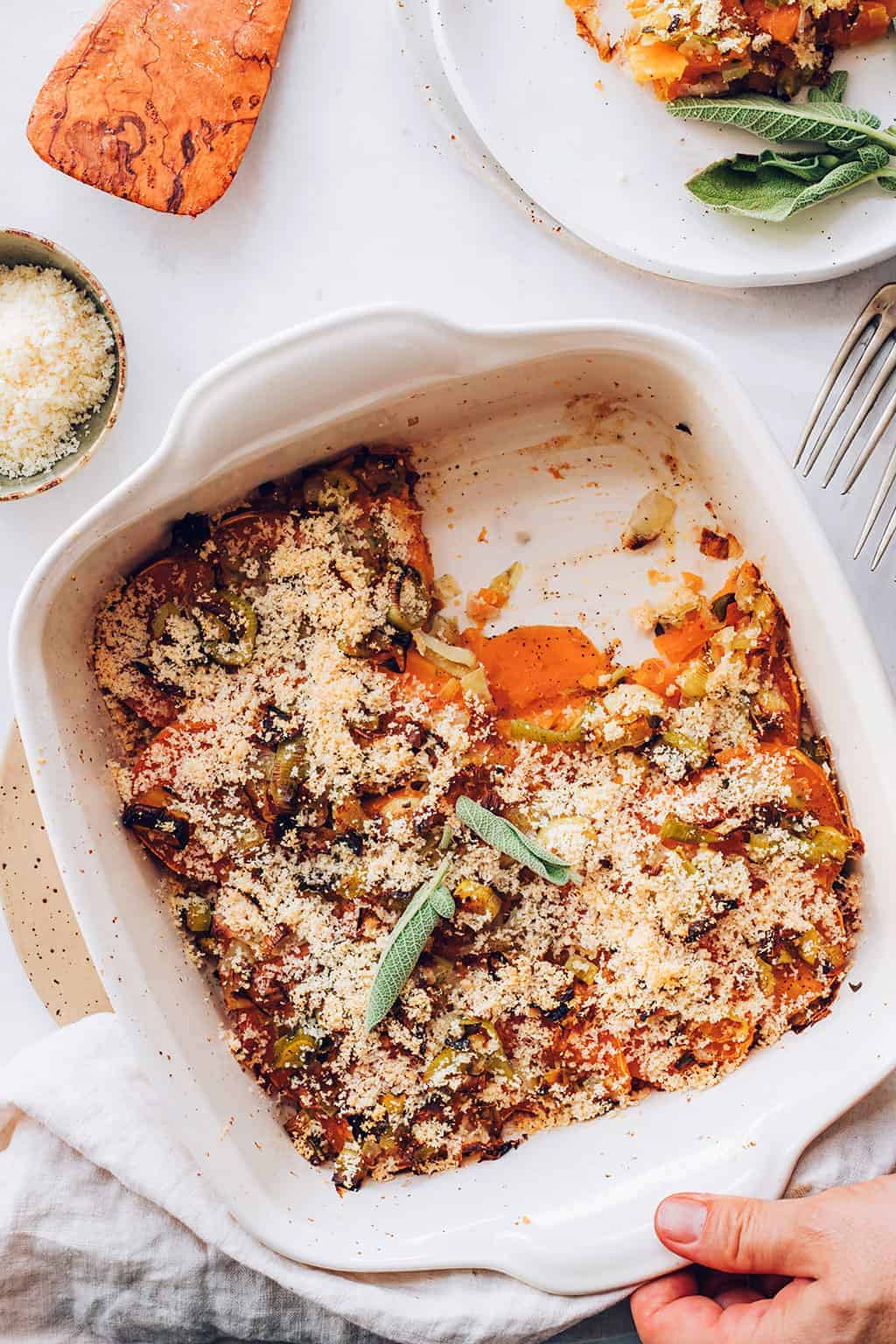 Typically gratins include loads of butter, cream and cheese. But this sweet potato gratin gives all other gratins a healthy makeover.

It still has cheese – just enough to be delicious. Leeks and fresh sage are added for extra flavor in place of butter and cream. 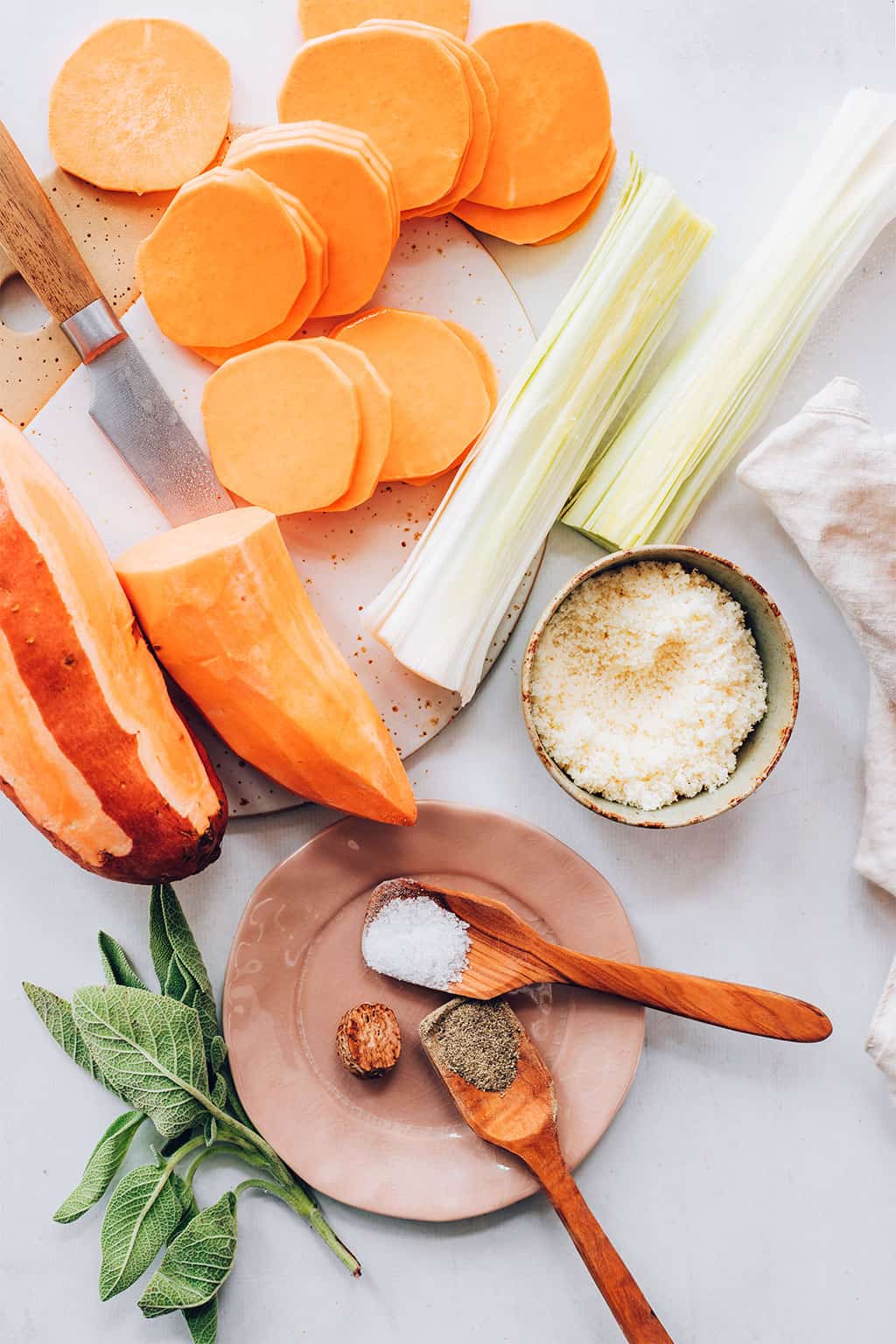 Leeks, if you haven’t used them before, are in the onion family. They add a great onion flavor without being too overpowering.

A hint of fresh nutmeg adds another little something to the dish. The sweet potatoes are very thinly sliced and layered with the leeks. The flavors meld together as the gratin bakes. 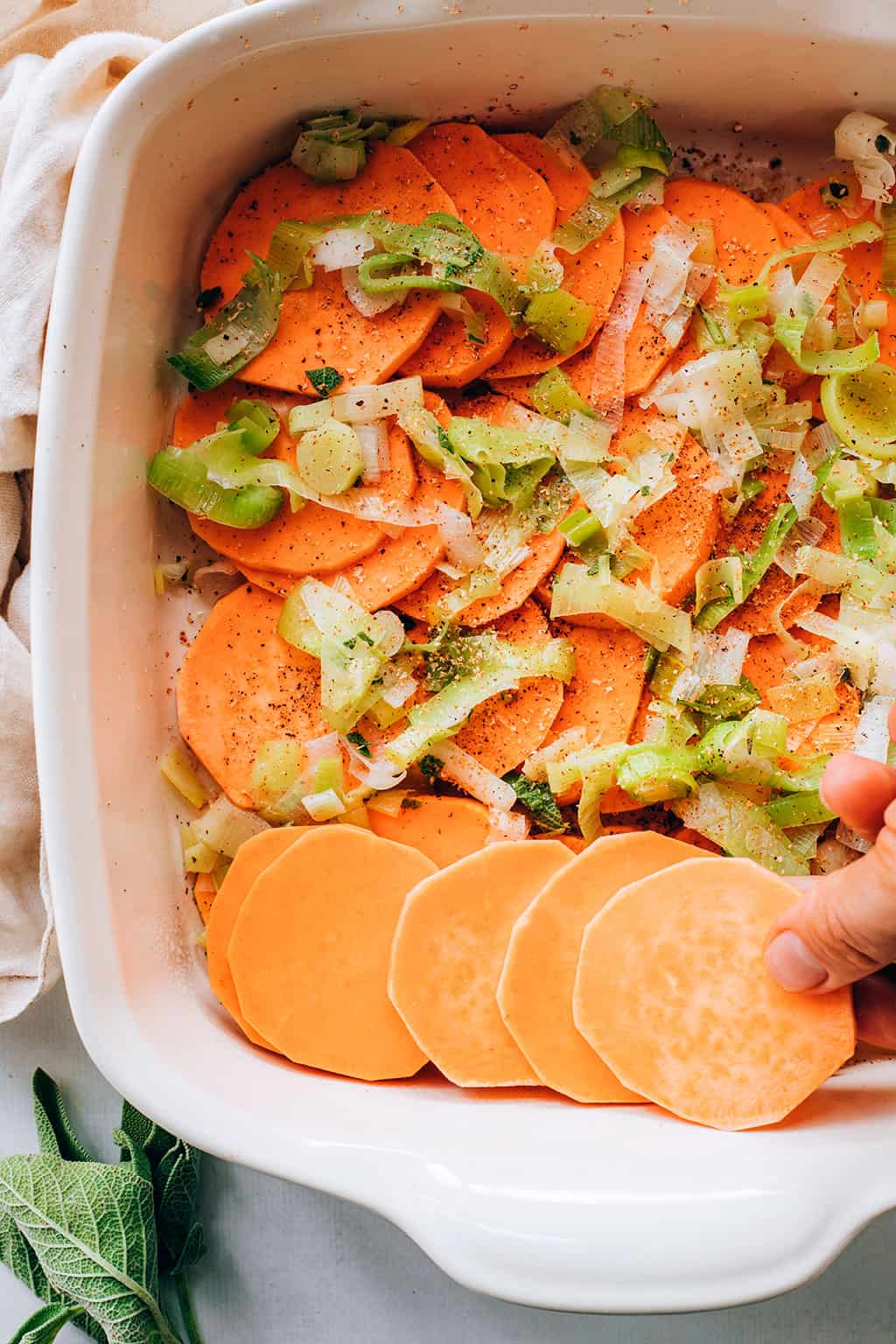 This is really easy to make – it can also be made the day before and reheated. Another plus when you’re busy doing other meal prep and don’t want to worry about it.

What’s your favorite way to enjoy sweet potatoes for Thanksgiving? 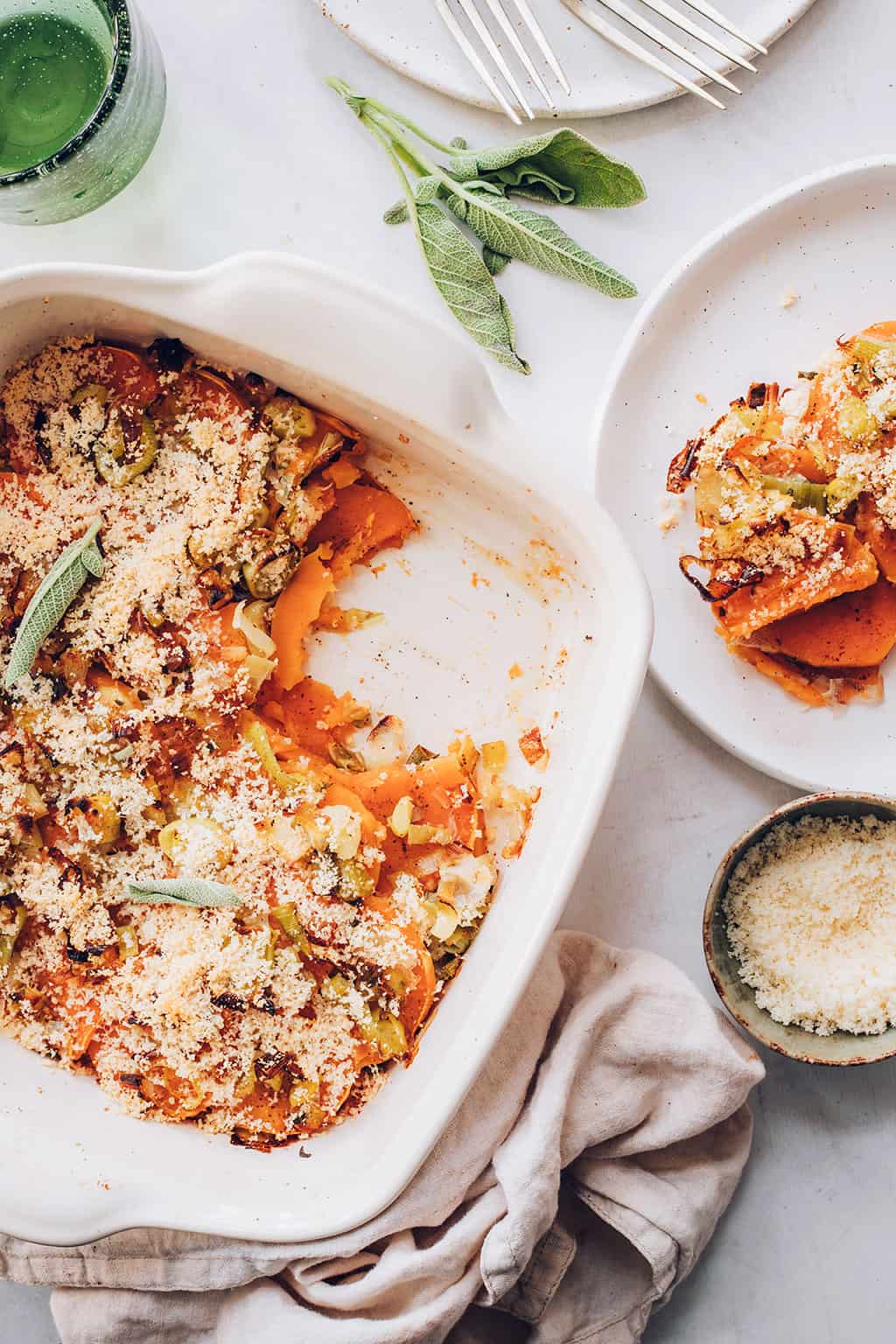 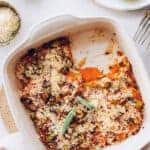 This is really easy to make - it can also be made the day before and reheated. Another plus when you're busy doing other meal prep and don't want to worry about it. Adapted from: Martha Stewart 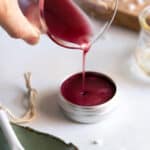 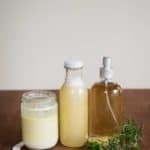 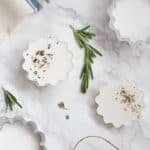 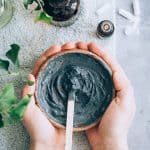 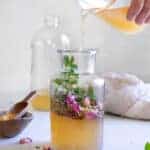